This is from my page about the International Watch Company that can be found at IWC. 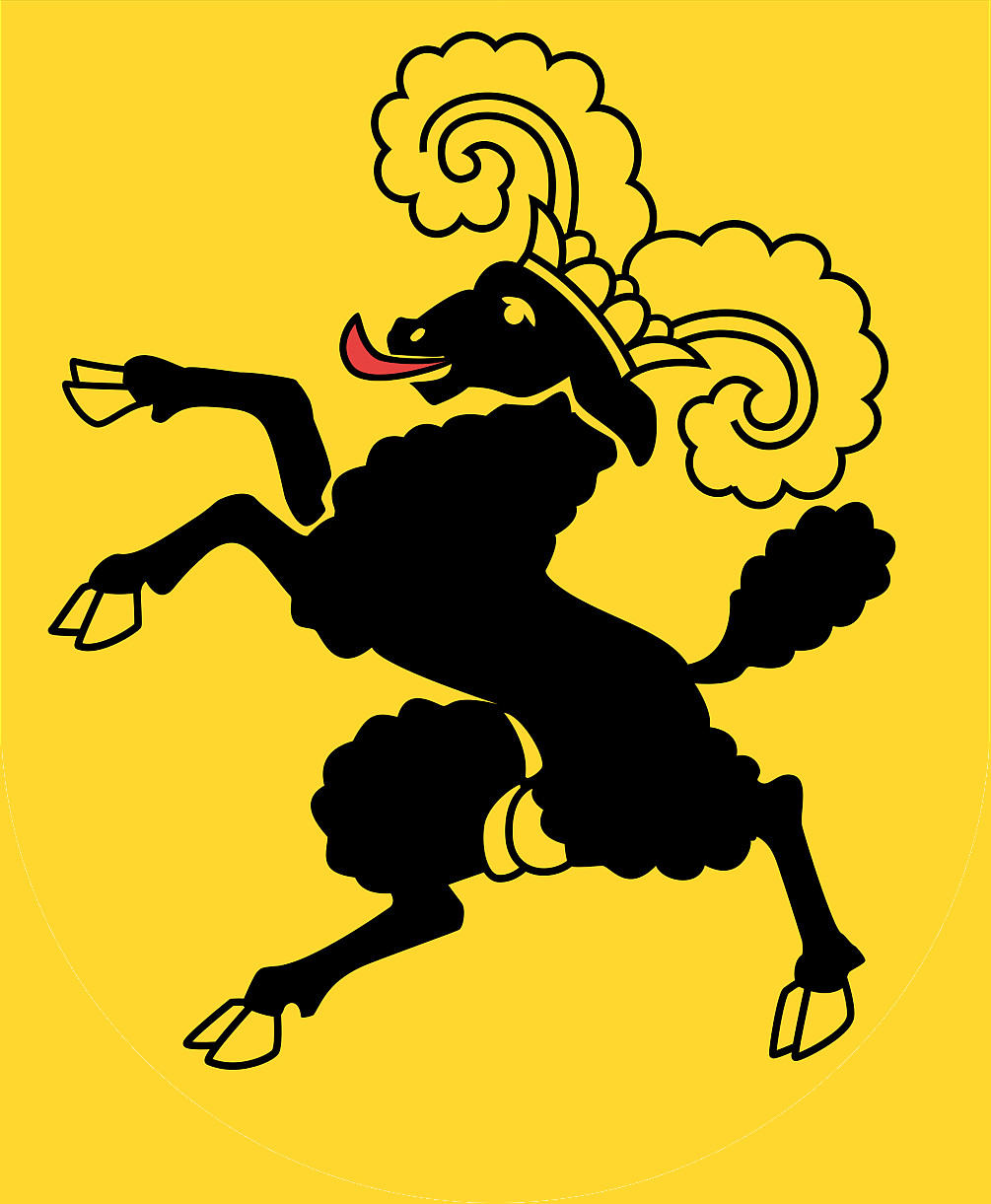 According to "COLLECTING IWC WATCHES How to Recognize Vintage from Fakes" by Adrian van der Meijden and Hans Goerter, IWC watches supplied to Stauffer, Son & Co. [sic] should be marked under the dial or the balance cock with the IWC trademark of the Schaffhausen "bock" or ram, and the same thing is said in the books by Meis, and Tölke and King. 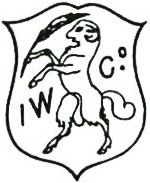 Each canton of Switzerland has an official flag and a coat of arms. The Canton of Schaffhausen uses the heraldic design of a rearing ram or "bock" that is documented as far back as 1218. The bock was originally rampant with only the rear left hoof on the ground, but this was later changed to the salient position with both rear hooves on the ground, and gained a crown in 1512 as shown in the picture here.

It is known that IWC started to supply watches to Stauffer in London in 1894. Tölke and King (pp44/45) say that Stauffer Son & Co. of London were granted in 1898 a sales monopoly of IWC watches, presumably for the whole British Empire. Movements supplied by IWC to Stauffer & Co. in London often (always?) carry a mark of a ram under the balance cock. So it would seem to be be reasonable to assume that the ram mark seen on IWC movements imported by Stauffer & Co. was the IWC trademark based on the Schaffhausen bock.

However, the ram mark stamped onto movements supplied by IWC to Stauffer & Co. is not the same as the IWC trademark. 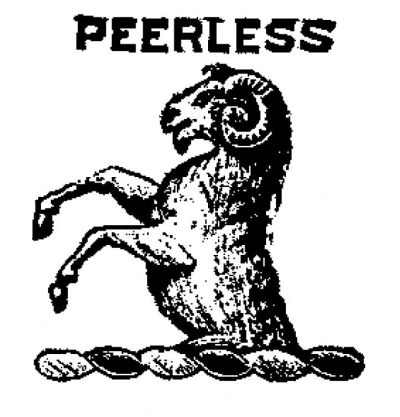 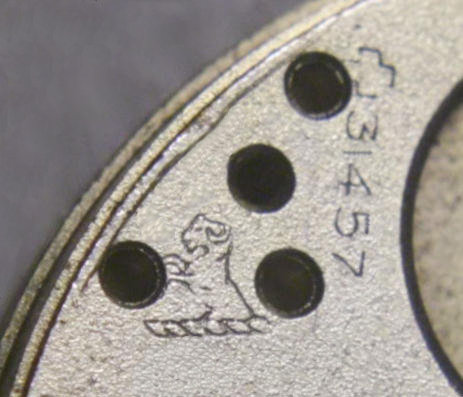 Pictured here is part of a plate from an S&Co. movement that has been positively identified as an IWC calibre 64 from circa 1908. The ram stamp that can be seen in the photograph is normally underneath the foot of the balance cock and is not visible without partially dismantling the movement. There is no question that this is an IWC manufactured calibre 64 movement, but the ram mark on the plate is quite different from the IWC registered trademark.

The calibre 64 plate also has a reference to Swiss patent number CH 31457 for a barrel-bridge winding wheel construction which was granted to Rauschenbach / IWC in 1904. When the movement is assembled the patent number is almost completely obscured by the balance cock.

The ram mark stamped on the IWC movement, together with the word Peerless, was registered in the UK by Stauffer Son & Co. An entry in the 1896 UK Trade Marks Journal shows that it was registered on 27 February 1896.

The pose of the Stauffer ram is similar to that of the IWC ram, but the Stauffer ram has an impressive set of curly horns and a ram's beard that the IWC ram lacks. The Stauffer ram is also only a torso, cut off before the back legs by a twisted band design that is clearly visible on the movement plate and in the picture in the registration document. It is clear that these are two different marks, and that the one on the IWC plate is the mark registered by Stauffer & Co., not the IWC trademark. 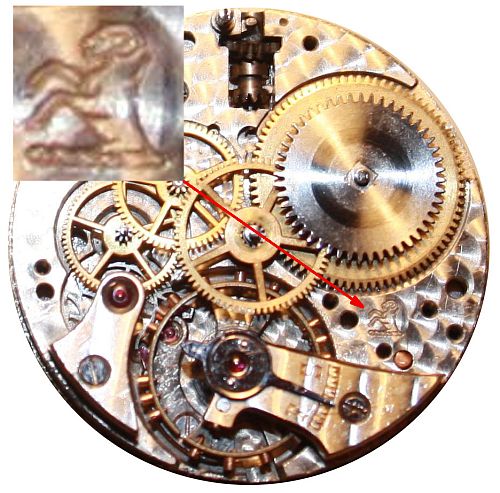 Eterna cal. 520 with Stauffer ram. Thanks to Ventura Mijares for the picture.

This gives rise to the obvious question of why would Stauffer register this trademark ram when a very similar mark had already been registered by IWC? And why would they have it stamped underneath the balance cock where it could not be seen? 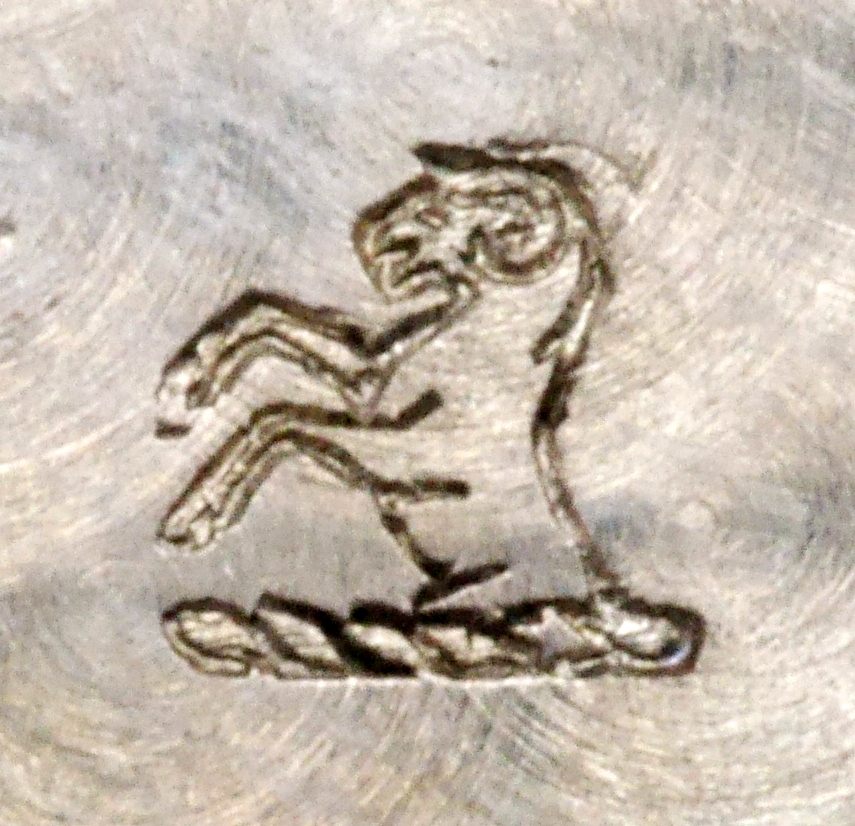 The movements supplied to Stauffer & Co. by Eterna also have the mark of the Stauffer ram underneath their barrel bridge. Again, like on the IWC movement, this would not normally be visible and the watch has to be partially dismantled in order to see it as shown in the photograph here of an Eterna cal. 520. It is clear from the photograph that this is the Stauffer ram with curly horns and a ram's beard, cut off before the back legs by a twisted rope design.

The second image of a ram shown here is from an Eterna pocket watch movement. Again, this was found under the barrel bridge when the movement was dismantled. The top plate carries the Stauffer trademark of S&Co. under a crown within an oval shield and the word Peerless.

For further details of the Eterna movements supplied to Stauffer & Co. see Stauffer and Eterna.

It must be concluded that Stauffer & Co. required some or all of their Swiss suppliers, IWC, Eterna, and possibly others, to stamp their (S&Co.'s) trademarks, including the ram mark, onto movements supplied to them, in the same way that they required their trademarks S&Co. under a crown in an oval shield and Peerless to be stamped in visible places onto movements supplied to them.