The section below is from my page about Dials and Hands. 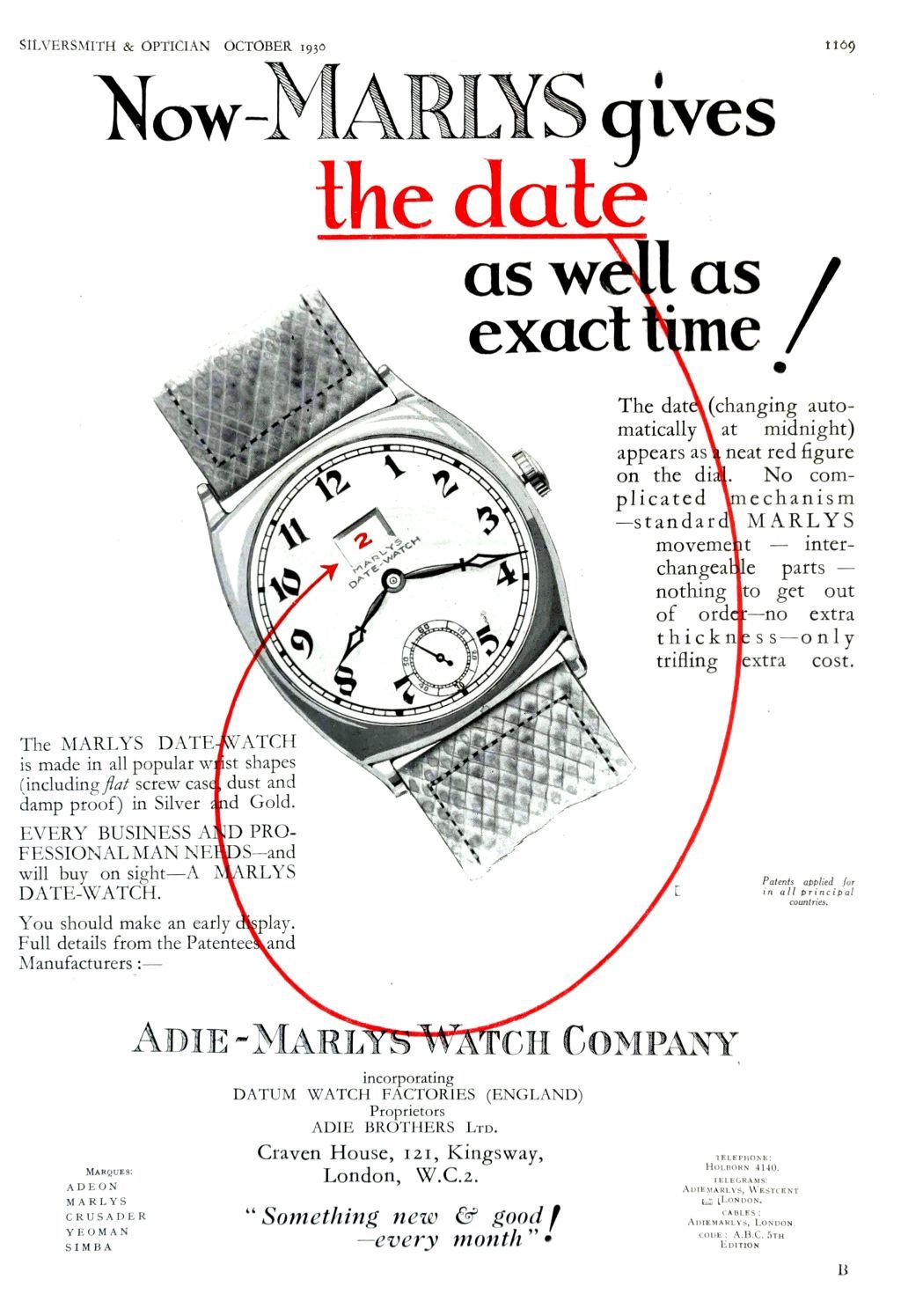 Who invented the date window, the little window on a wristwatch dial that shows today's date?

I am pretty sure that Rolex would like us to think that it was them. Today the Rolex web site (accessed 15 August 2019) says “The year 1945 saw the birth of the Datejust, the first self‑winding wrist chronometer to indicate the date in a window on the dial.” This is not quite the same as saying that Rolex invented the date window in 1945, but without the qualification “self‑winding wrist chronometer”, which I am sure that many people would see as just a fancy way of saying wristwatch, it would say that the Datejust was the first watch with a date window.

Rolex did invent the “cyclops”, the magnifier in the crystal that magnifies the date to make it easier to read. This is said to have been inspired by Betty, Wilsdorf's second wife, who complained that the date on her ladies' Rolex wristwatch was too small to read. The cyclops was introduced in the early 1950s.

However, Rolex did not invent the date window itself.

The advertisement from the Watchmaker & Jeweller, Silversmith & Optician for October 1930 clearly shows a wristwatch with a date window; a “Marlys Date Watch” in fact.

In small print the advert says “Patents applied for in all principal countries.”

The fact that the Marly's advertisement says "Now - Marlys gives the date ..." suggests that they thought this was the first wristwatch with a date window. They were granted Swiss and French patents, but although an application was made for a British patent, it was never granted.

Marlys seem to have been particularly interested in dials. A patent was granted to them in 1928 for “Instrument permettant de reconnaître si un tour d'heure est correctement placé sur son cadran” or an instrument to recognize if a time lapse is correctly placed on the dial. This was a device for checking that dials were laid out and divided correctly. The purpose was for dial makers to be able to see if a dial printing machine was working properly, or by watch manufacturers to check that dials sent to them were free from defects.

Marlys appear to have been an assembler of watches. Movements of Marlys watches are marked “FEF” for Fabrique d'Ébauches de Fleurier.

The British agency for Marly's was taken by Adie Brothers who then traded under the style “Adie-Marlys Watch Company” at Craven House, 121 Kingsway, London. 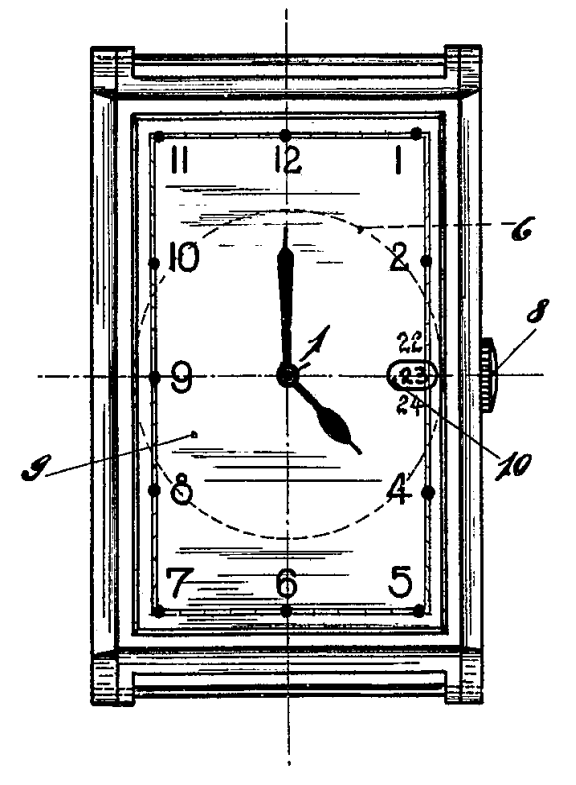 Jon Hallet discovered an application for a British patent with a very similar mechanism, "A watch or clock with a device for indicating the day of the month". This mechanism, called a “Kalenderuhr” was invented by the Swiss company Graef & Co of La Chaux-de-Fonds. The application priority date was 31 January 1930 and it was granted Swiss patent No 148818 on 15 August 1931.

The British rights to this patent were assigned to Claude Lyons of the Vertex Watch Company who made an application for a British patent. This was given the provisional number 377,953, but no patent was granted and the application, like the Marlys application for a British patent, became void. However, the priority date is nearly six months earlier than the Marlys' patents, so at the moment this Kalenderuhr date window is the earliest known.

Unlike the Marlys design, which has the date window below the 12, the Graef & Co Kalenderuhr design placed the date window at the now-familiar position of 3 o'clock on the dial.

In the Patek Philippe museum there is a perpetual calendar pocket watch with the date in an aperture at 10 o'clock, and also the day of the week and the month shown through other apertures in the dial.

This watch dates 1928-1929, just a little bit before the Graef & Co Kalenderuhr patent.