This is a very short blog post about something which I had noticed but never really thought about until recently. An Order in Council in 1906 specified town marks to be struck on imported gold and silver items which were not watch cases, and in 1907 the same marks were specified to be struck on imported watch cases from 1 June. The town mark to be used by the London Assay Office on imported items was the zodiac sign of Leo. This is invariably struck onto watch cases upside down, I have never seen the Leo sign the right way up. Since the three marks in watch cases were all made by a single press punch, this cannot have been as a result of “operator error”.

This section is from my page about Import Hallmarks in Watch Cases. 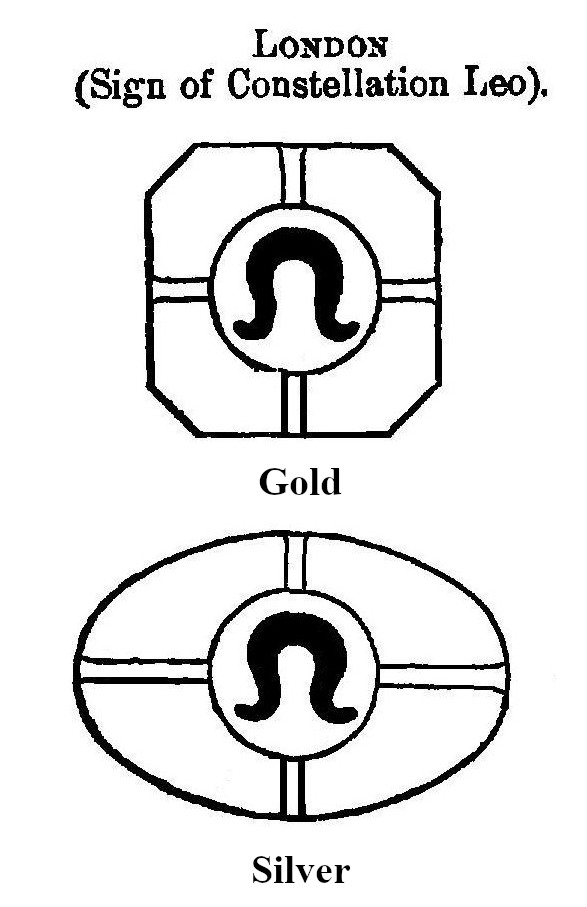 In 1907 the Assay of Imported Watch-Cases Act specified that all imported gold and silver watch cases be assayed and hallmarked in a British assay office. The town marks that each assay office was to use were required to be different from their traditional town marks. In particular, the London Assay Office mark was to be the Zodiac symbol of Leo as shown in the drawing here. 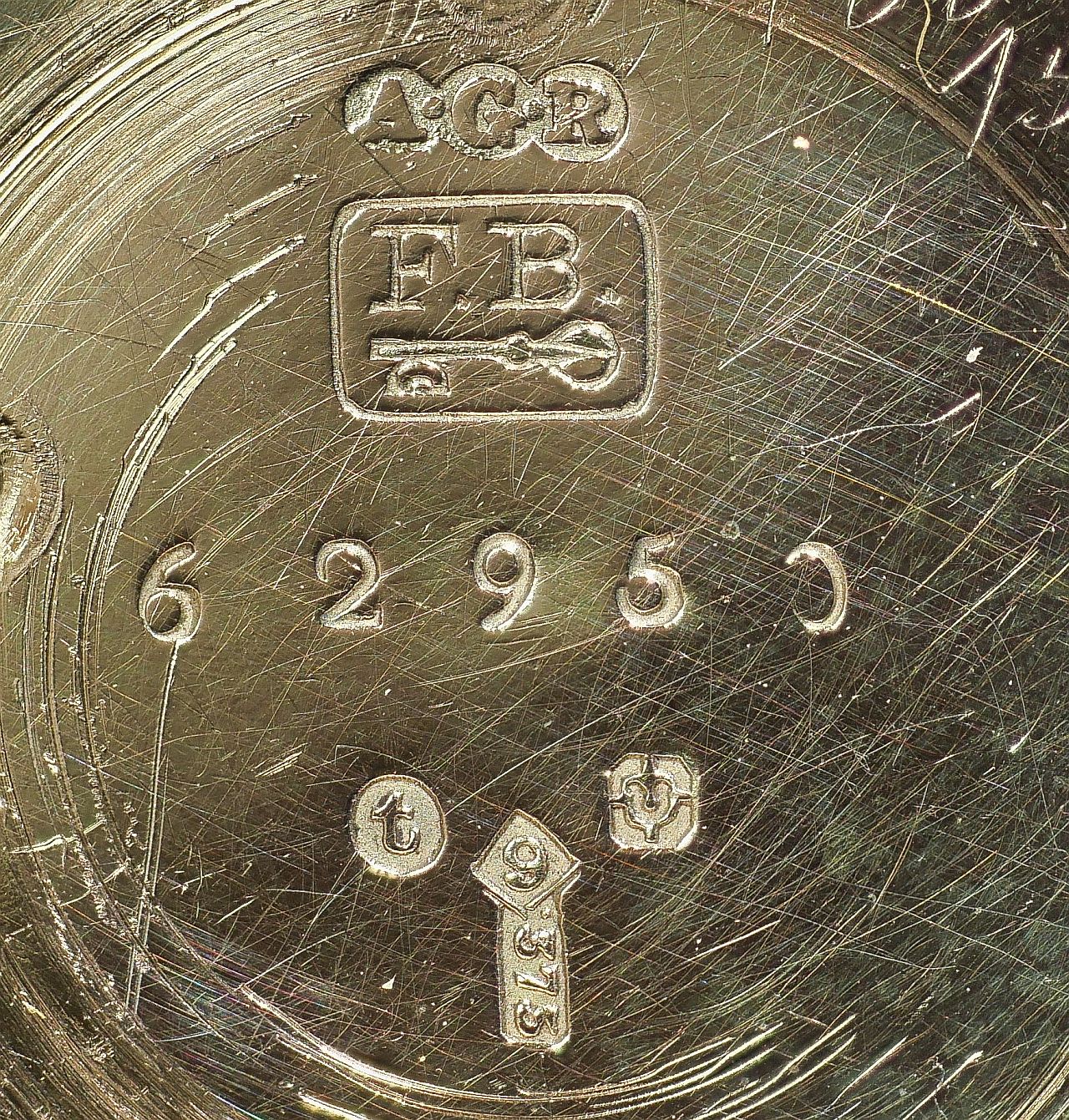 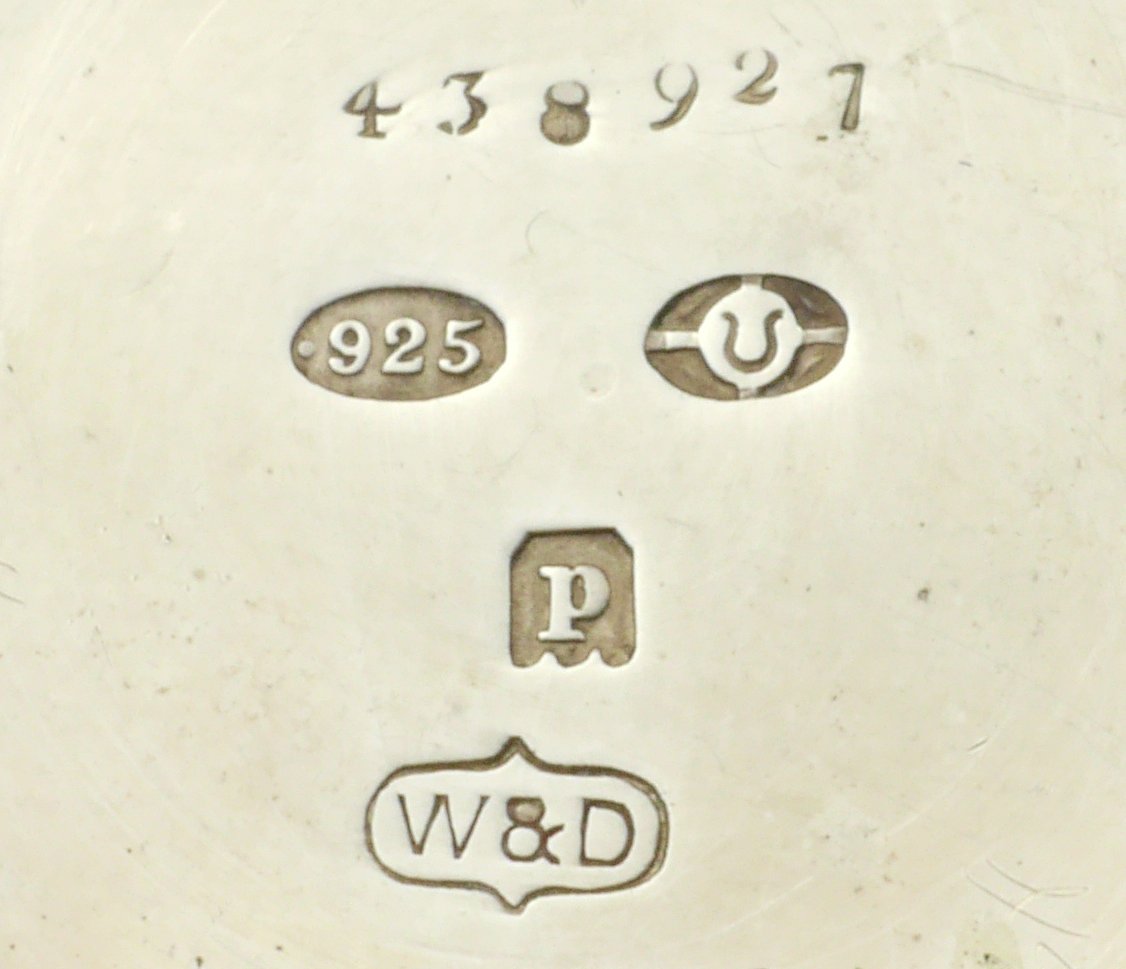 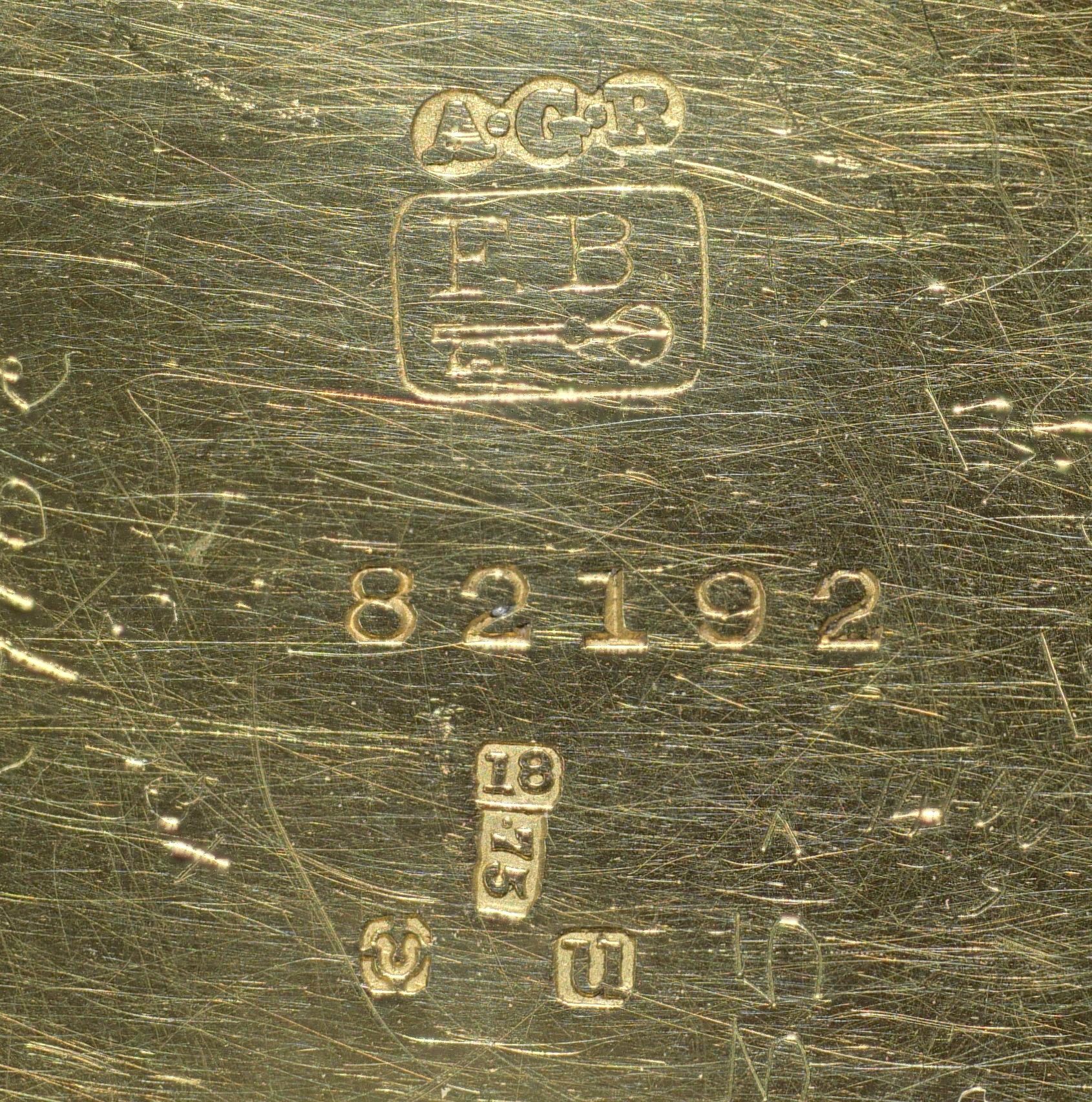 However, all the watch cases that I have seen with London Assay Office import hallmarks have the Leo symbol upside down, as shown in the three photographs here which are typical of watches in my collection.

In each one of these hallmarks the Leo sign is inverted or upside down.

This couldn't have been an operator error, because the three marks were made by a single “press punch”; a punch that combined three separate punches (assay office mark, standard mark and date letter) into one so that all three marks could be struck at a single blow. To apply the punch to the work a fly press, a variant of a screw press, was used. A horizontal flywheel was spun, turning a screw which drove the punch onto the work, when the energy stored in the flywheel was converted into the work needed to impress the mark. This enabled the large number of watch cases that were hallmarked to be marked quickly and neatly.

So the Leo symbol wasn't struck upside down in error, it was the way that the press punch was made, and it appears this way consistently, year after year. Of course, I was not the first person to notice this. In his massive tome on hallmarking, Sir Charles Jackson remarks that “The first Leo marks were actually produced with Leo upside down.” The tables show that the Leo mark was turned the right way up from 1950! The same information is contained in abbreviated form in the pocket version. Unfortunately the reason for Leo being struck upside down appears to have been lost in the mists of time and I suppose that we shall never know why.