I make additions and corrections to this web site frequently, but because they are buried somewhere on one of the pages the changes are not very noticeable. I decided to create this blog section to highlight new material. Here below you will find part of one of the pages that I have recently either changed or added to significantly.

This is from my page about movements that can be found at Movement Identification.

The movement shown in the first three images is from a Borgel wristwatch. Although it is not marked on the top plate with a maker's name, identical movements such as the two shown further down on this page have been seen stamped with 'Vacheron', leading some to the obvious conclusion that they were made by Vacheron Constantin. However, I am now sure that this calibre was made by Kurth Frères of Grenchen (French "Granges"), who also made watches under the brand names Grana and Certina.

It appears that from 1881, and perhaps earlier, the British branch of Vacheron Constantin not only sold watches made in their own factory in Geneva, but also bought and imported movements from Kurth Frères, and possibly other manufacturers, which were stamped with a British registered "Vacheron" trademark.

The Borgel wristwatch case has Glasgow Assay Office import hallmarks for 1915 to 1916, remember that hallmark date letters span two calendar years. There are two sponsor's marks present, the 'GS' of Stockwell & Company, and 'F.W' in cameo within a rectangular surround with cut corners. This mark is not recorded in the Glasgow records that still exist, but Philip Priestly identifies it as similar to marks entered at the London, Birmingham and Chester assay offices by Frederick Wright of Coventry. The reason for there being two sponsor's marks is not known. It might be that Wright was not registered to send items to the Glasgow assay office but encountered some delay at the English assay offices so sent the work to Glasgow via Stockwell & Company, who were registered at Glasgow so applied their sponsor's mark. 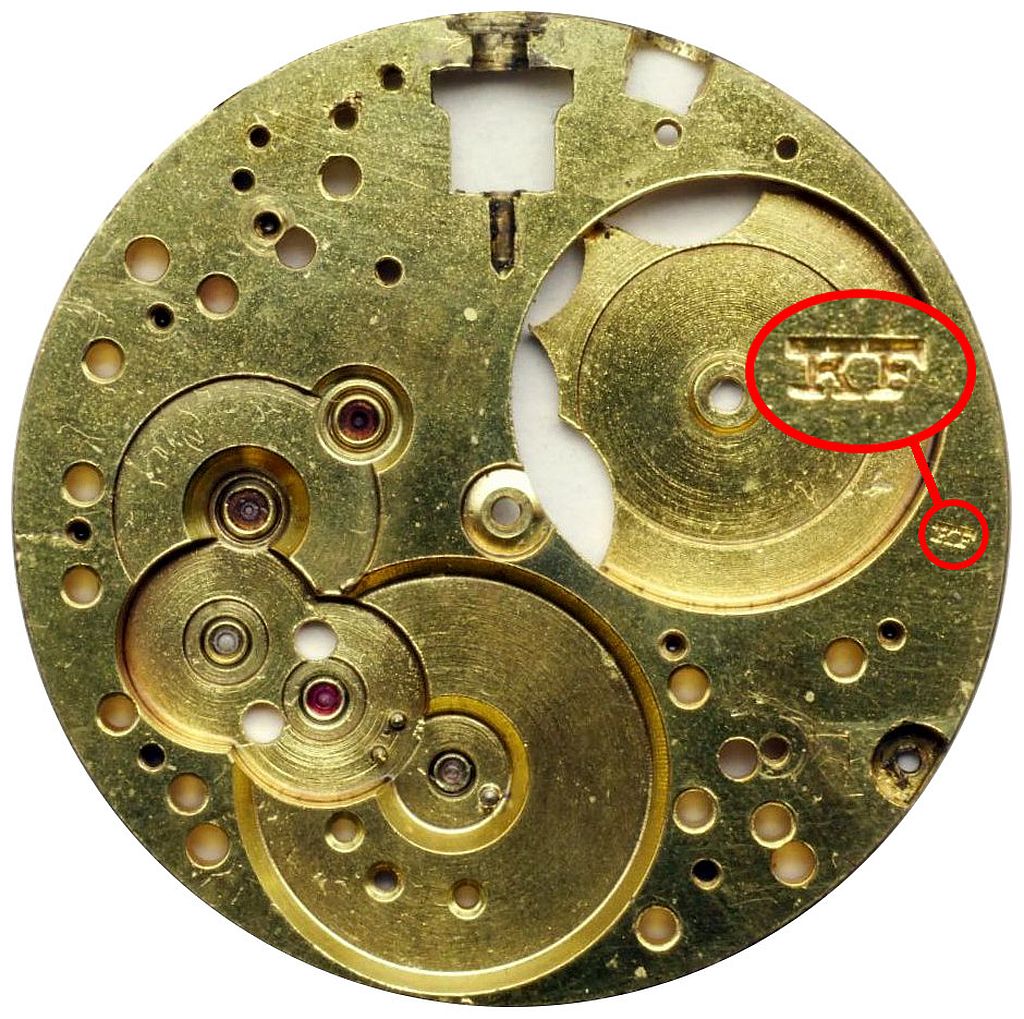 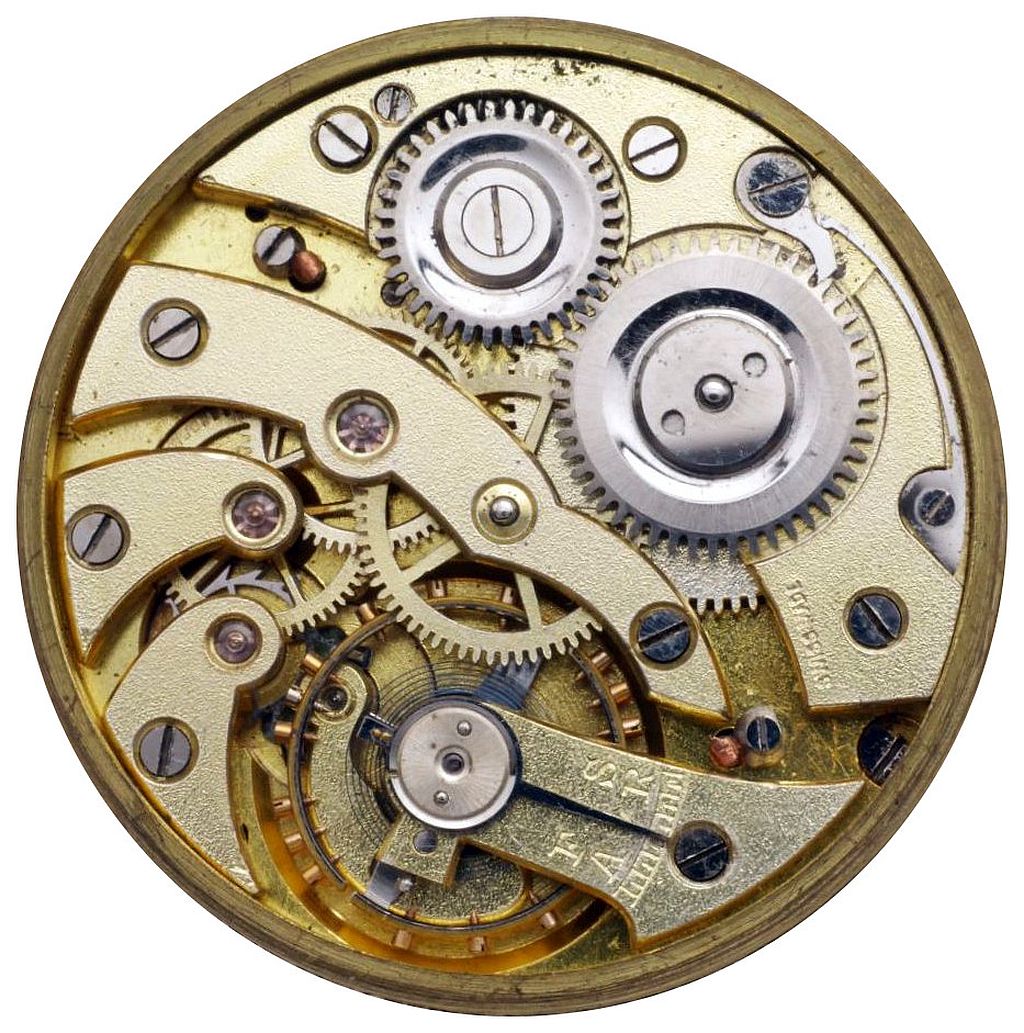 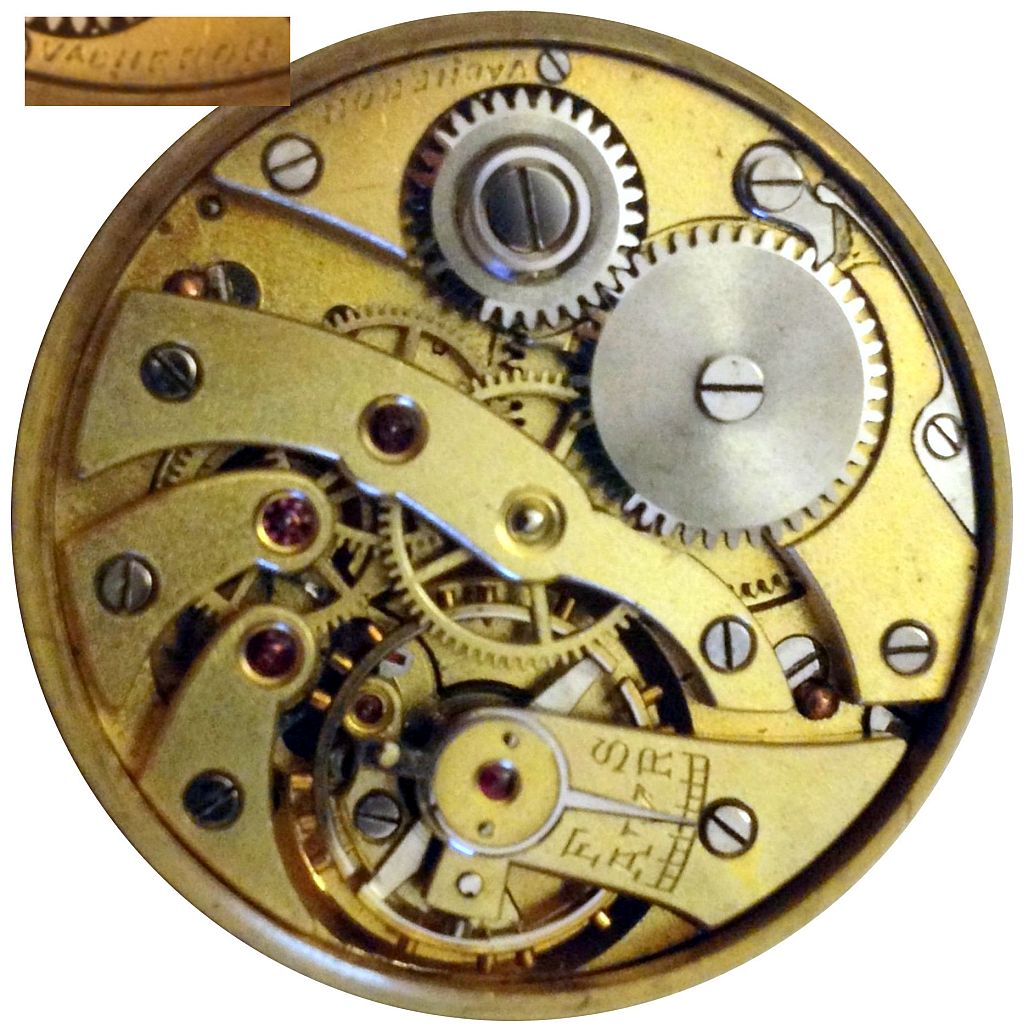 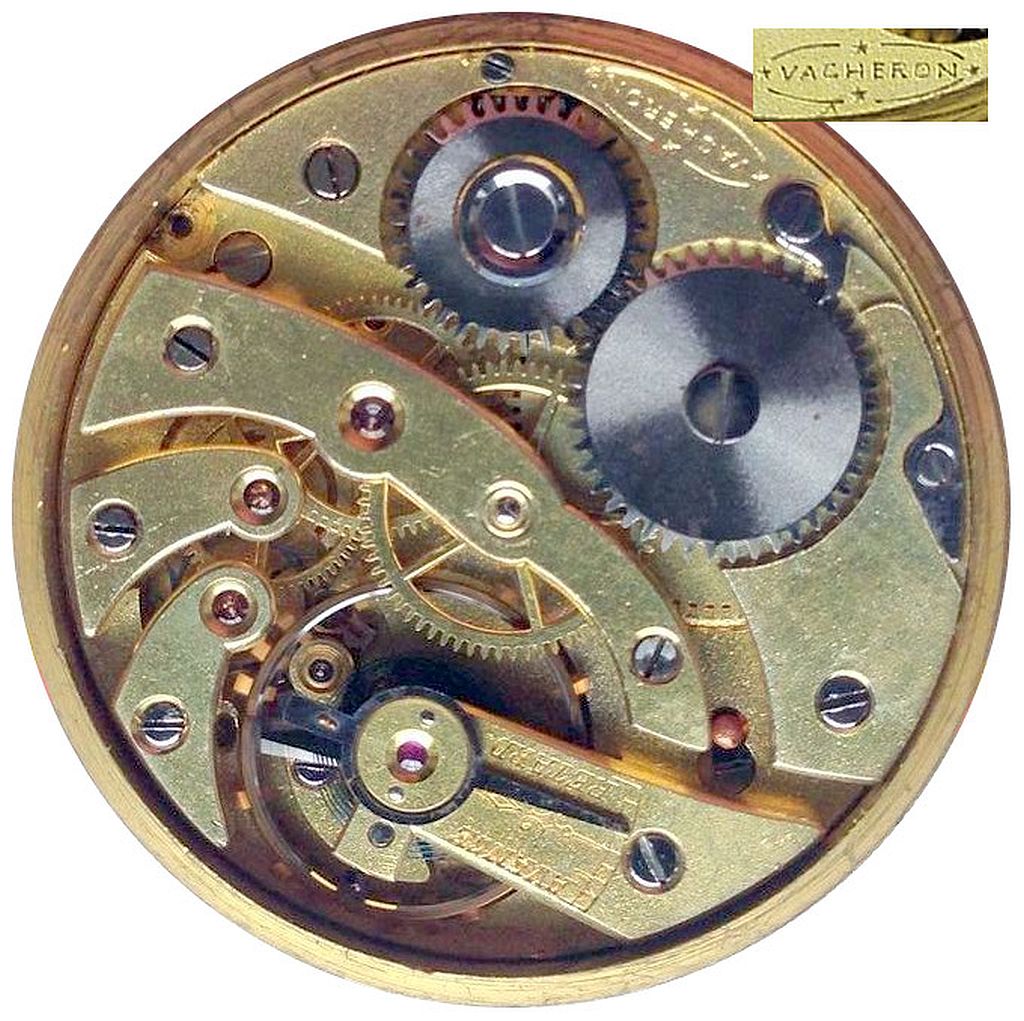 Image courtesy of and © www.ww1watch.com. Click image to enlarge

The quality is the normal high standard of movement for a Borgel wristwatch, which were always fitted with good quality jewelled Swiss lever escapement ébauches with at least 15 jewels. The Borgel case was expensive so it was only used with top quality movements.

The cut bimetallic temperature compensation balance is fitted with gold mass screws that can be moved to adjust the compensation, the balance spring has a Breguet overcoil. The train is jewelled to the third wheel for a total of fifteen jewels.

The components are nicely finished and the plates and bridges are frosted and gilded, a traditional English finish that was designed to appeal to British buyers.

This is a good quality Swiss jewelled lever movement, capable of good timekeeping even by today's standards. However, it has no exceptional features; e.g. there is no micro adjuster for the regulator, no end stones for the escape wheel bearings, and the screw heads are polished but not blued, so although it is very good, it is not the highest quality.

There are no identifying marks on the top plate or the bottom plate under the dial. However, when I took the movement apart for cleaning I found the tiny "KF" trademark on the top side of the bottom plate as shown ringed in red in one of the images. It is placed where it is normally underneath the barrel bridge and completely invisible until the movement is dismantled.

The first KF that springs to mind is Kurth Frères of Grenchen who also made watches under the brands Grana and Certina. There was also a company called Kocher & Froideveaux and another called Kummer Freres, but I was not able to tie the KF trademark definitively to any of them until further information turned up. 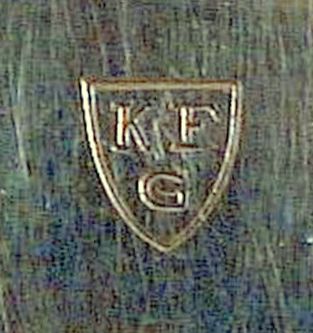 Vacheron trademark registered in England in 1881

A correspondent Dominic has a watch with one of these movements. The case is a nickel screw back and bezel. In the case back is the trademark KF over G within a shield as shown in the small image here. This trademark was registered by Kurth Frères on 9 August 1910, which to my mind removes any doubt about who actually made these movements. The question then is: why are some of these Kurth Frères movements stamped “Vacheron”?

The two pictures of the same movement but with Vacheron on the barrel bridges are ones that I found on the internet, thanks to their respective owners as noted. The Vacheron mark is quite crudely done in both cases. The marks are also completely different, and in different places on the plates. These don't look like a mark that the Vacheron Constantin factory would make, but on the other hand they are underneath the gilding, which suggests they were put on when the movements were being made. It is difficult to envisage a forger taking the movements apart, stamping the marks, and then having the plates re-gilded.

Owen Gilchrist pointed out to me that the oval logo with the four stars is shown in the "Watch Trademark Index of European Origin" by Karl Kochmann. It is recorded by Kochmann as being registered in England in December 1881 by Philippe-Auguste Weiss, a director of Vacheron Constantin from 1875, which ties the mark to the company.

It appears that the British branch of Vacheron Constantin not only sold watches made in their own factory in Geneva but, from 1881 or perhaps earlier, also bought and imported watches from Kurth Frères, and perhaps others, which were stamped with the British registered "Vacheron" trademark. All the watches I have seen with cases that are hallmarked have British import hallmarks, showing that they were not cased in Britain but were imported as complete watches. All the movements that I have seen with this mark are good quality, with lever escapements, fully jewelled, and with gilded plates. But it is clear that they were not made by Vacheron Constantin in Geneva.