This section is about duties levied on imported gold watch cases during the Great War, which stimulated the production in England of gold cases for imported Swiss watch movements.

I recently discovered that in December 1916 a Royal Proclamation prohibited the import into Britain of gold watches and gold watch cases for the remaining duration of the war. Details about this have been added.

The Great War and Gold Cases

Before the Great War (1914-1918) London was used by many Swiss companies and importers of Swiss watches as the route by which they could access the large market of the British Empire. One such company was Wilsdorf & Davis, a company founded in London in May 1905 to import and wholesale Swiss watches. London was the company's export centre for every market in the world and by 1914 it had grown to such an extent that it occupied a large suite of offices and had a payroll of more than sixty employees.

During the Great War, in September 1915, in order to conserve foreign currency reserves as part of the war effort, Reginald McKenna, Chancellor of the Exchequer in Herbert Asquith's coalition government, imposed an ad valorem customs duty of 33⅓% on imported luxuries, including clocks and watches. These “McKenna duties” meant that any watches imported into London, even if only for checking with subsequent export abroad, would be subject to this new high rate of duty. The duties included motor vehicles, musical instruments and cinema film. It was initially intended to include hats, but it proved too difficult to formulate a precise definition of a hat.

The McKenna duties had a major effect on the import of Swiss watches in gold cases. The high cost of gold meant that a large part of the cost of a gold watch was due to the cost of the metal in its case, which is also why so many gold watches have been stripped of their cases over the centuries. Because of this high rate of duty, companies started to import bare Swiss movements and have them put into gold cases made by English companies such as the Dennison Watch Case Company.

Silver watches were not so affected by the McKenna duties because the cost of a silver case made up a much smaller proportion of the total cost of the watch than a gold case, so it was not worthwhile having silver cases made in Britain. Swiss watches continued to be imported in Swiss made silver cases for sale in Britain throughout the war and the period of the higher tax.

In August 1916 the Horological Journal reported that “... some Swiss gentlemen are interested in a scheme for starting a factory in Birmingham for the manufacture of watch cases. Premises have been taken, machinery installed and workmen have been obtained. The products of the factory will be modelled on Swiss lines. The avoidance of the heavy import duties is, no doubt, the cause of the enterprise.” The identity of this watch case factory is not known. 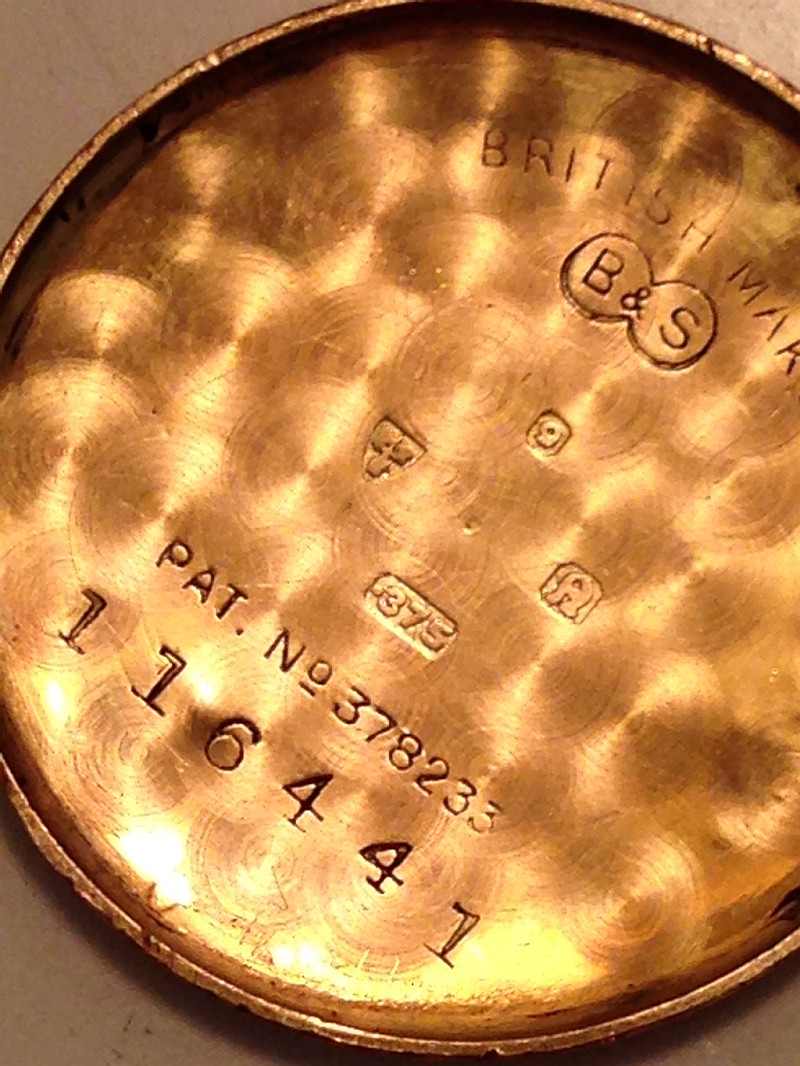 To avoid paying the McKenna duties on watches that were not destined for sale in Britain, many companies started exporting directly from Switzerland to other countries. One such was Wilsdorf & Davis, incorporated in London in 1915 as the Rolex Watch Company Limited. Before the war this company was principally based in London with a small branch office in Bienne. As a result of the import tax, Rolex transferred to that office the management of exports to third countries, and then later moved the Rolex headquarters there. If it hadn't been for the McKenna duties, Rolex might still today be a British Company based in London!

The McKenna war duties, and the outright ban on importation of gold watches for the final two years of the war, started a trend for importing bare Swiss watch movements and putting them into British made gold cases that continued long after the Great War had ended. The McKenna duties were technically repealed in 1938, but the charges on imported goods were continued by Treasury Order under the provisions of the Import Duties Act 1932, which made it easier for changes to be made in the rates charged. The continued levy of duty especially affected gold cases and gave a significant price advantage to British manufacturers of watch case that continued for many years.

The case back in the picture here with Chester Assay Office Hallmarks for 1938 to 1939 illustrates this. The hallmarks in this case are Chester Assay Office hallmarks for a British made rather than imported item. The town mark is the triangular shield with three wheat sheaves around an upright sword, the traditional town mark of the Chester Assay Office. After 1 June 1907 this was only used on watchcases actually made in Britain, it was not used on imported watch cases hallmarked at Chester, they got the town import mark instead. The standard mark is the crown and "·375" of nine carat gold, the date letter is the "N" in "Court hand" script of 1938 to 1939. The sponsor's mark B & S was entered by B H Britton & Sons, the punch that made this mark was registered in May 1931.

The patent number seen in the case, 378233, for "Improvements in watch cases" was granted to Charles Henry Britton, Walter Britton and Herbert Britton of 35 Hockley Hill, Birmingham, on 11 August 1932 with a priority date of 15 September 1931. The object of the invention was to provide an improved construction of a two piece watch case with a neat and attractive appearance that could be cheaply manufactured. The case was made from a short piece of tube that formed the middle part of the case. This was pressed or rolled at both ends to provide the recess for the glass at the front and an undercut at the rear for the case back to snap on to.

The watch that the case back is from has an anonymous Swiss movement. Taken together with the patent this suggests to me that rather than a Swiss manufacturer sending watches to be cased to avoid duty, Britton & Sons were buying in movements on their own initiative from one of the Swiss ébauche factories and casing them, possibly having got into this during the Great War as a result of the high duty on imports.